JR: But why did you quit NASA, isn't that a dream job?

"I think I was a little bit out of my depth when I worked at NASA. I was put into the middle of this job on doing development for an on-going project with very extensive code, but what I knew how to do, and still do, is to write short algorithms. I don't know a lot about things like version control, so we didn't use any of that. But I got the robot to do some fun things. I made a lasso from a CAT-5 cable and made the robot pull the chair around the office at top speed with me sitting in it. And you wonder why they didn't let me keep that job?"

"No, seriously, when my contract was up, I was offered another job, and I hade to decide if I wanted to keep going. I have read some different versions on the net about what happened, that NASA dismissed me and so on. But the truth is my contract expired, and I didn't ask for a new one. And they didn't go out of their way to find me another one."

JR: When did you realize that your comic would become something?

"I think that the one first time that it was distributed to a lot of people I didn't know. Somebody passed it to somebody who passed it to somebody who sent it to Cory Doctorow who writes the blog Boing Boing. He posted it on the blog. At that time, my site was nothing but a folder with JPEGs on a web server. Suddenly, I had 20,000 visitors. Those visitors of course disappeared immediately, but that made me realize what could happen if I published my comic. Then it increased gradually, and it became so big that I don't really know what to make of it. It's just a lot of people."

JR: How important is the number of visitors for you?

"You're lucky to have any number of readers at all, so I try not to focus too much on it. There are many who compare me to other comics and find out which one is the most popular. I try not doing that too often. But I do look at web site statistics comic strip by comic strip to see if it was linked much, or if it was read only by regular visitors of my site. That gives me a feeling for if the comic was something people liked and wanted to show their friends."

JR: How much influence does that have on what you do?

"Somewhat. I'd like to compare it to stand-up comedy. On one hand, you don't want to be completely guided entirely by what's popular, but by what you want to do, but on the other hand, you want to make people laugh. If you're on the stage with earplugs on all the time, you won't develop as a comedian, because you don't know what jokes that work. Often, it's not about people liking jokes about Linux. It's more about knowing that if you present a punch line like this, it works, but if you do it like this, people won't laugh."

JR:  On my way here, I read a book about The Simpsons and how many of the writers for the show are mathematicians. They say that creating a joke is like solving a mathematical problem. Have you thought about that?

"Yes, I've thought about how people will often say that humor is the last job that artificial intelligence will be able to take over. But I don't think it's that much safer than any other job. I've thought a lot about to what would be needed to automate what I do, what parts of coming up with jokes that follows a certain formula. I think it's difficult, but that it's possible to have a hybrid using people and algorithms."

"You can see something like that at Reddit and similar sites where people make jokes and people vote for the one they like more. I think you could build a system that comes up with jokes, but that there might be some limits for that could work. It becomes easy for those systems to fall into patterns that they keep coming back to. Which of course can happen to people too. So I don't know how useful that would be for getting fun ideas that nobody thought of before."

JR: How do you go about it when you think of your jokes?

"I stare at a blank page and hope that an idea will come to me. But I also make notes of ideas all the time when I see something that seems funny to me. That's how the process works, something occurs to me that seems kind of funny, and then I sharpen it so I can communicate it to somebody else. So when there's a deadline for the day's strip, I think through the ideas that might work."So you always work against a deadline?

"Yes. In fact, I am not aware of any comic author that works ahead of a deadline. They don't have a buffer, even though it would make sense to have that and publish them successively. But there is something about a deadline that lets you pick an idea and flush it out."

JR: When you're out traveling, like now, are you inspired to draw comics about, for example, Malmö?

"Maybe. I don't know. It's like I get too many impressions when I travel. I have the most fun drawing when I'm bored. I would draw so much when I was sitting in class and not paying attention. When I travel, there is so much coming in that there is no space for anything to come out. But I might get ideas that I make something of weeks later, when I'm home." 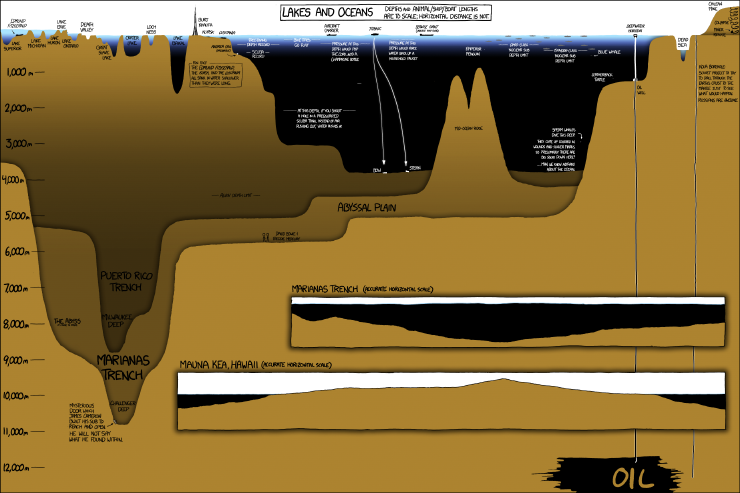 JR: Some of your works seem to be based on heavy research.

"Yes, sometimes. Some of them are big research projects. But other ones, I'll write directly about something when I encounter it. Sometimes it's easier to write a simple and funny joke when you're just seeing it for the first time from the outside. Then I might discover things that seem strange, but that you wouldn't notice if you're deeply into the subject."

There's a wide range of topics in what you deal with, anything from sciences to relationships. "I spend all my time reading articles on the net instead of doing what I'm supposed to do. When I went to school, I brought books in my backpack and read them in class, until my teacher found out and took my book away. Then I took out the next book and kept on reading. I read a lot. When I'm not doing anything else, I start going through Wikipedia articles and follow links. Everybody does that to some extent, but I've found a way of making it my job."Do you take things from your personal life, or do you find everything on the net?

"I write about personal matters, but with a time delay of years. The stuff that I was really upset about two or three years ago, I might write about now, when I can put it in perspective. I wrote a strip about a breakup. People thought it had just happened, but it actually happened three years earlier. It took time until I was comfortable writing about it."